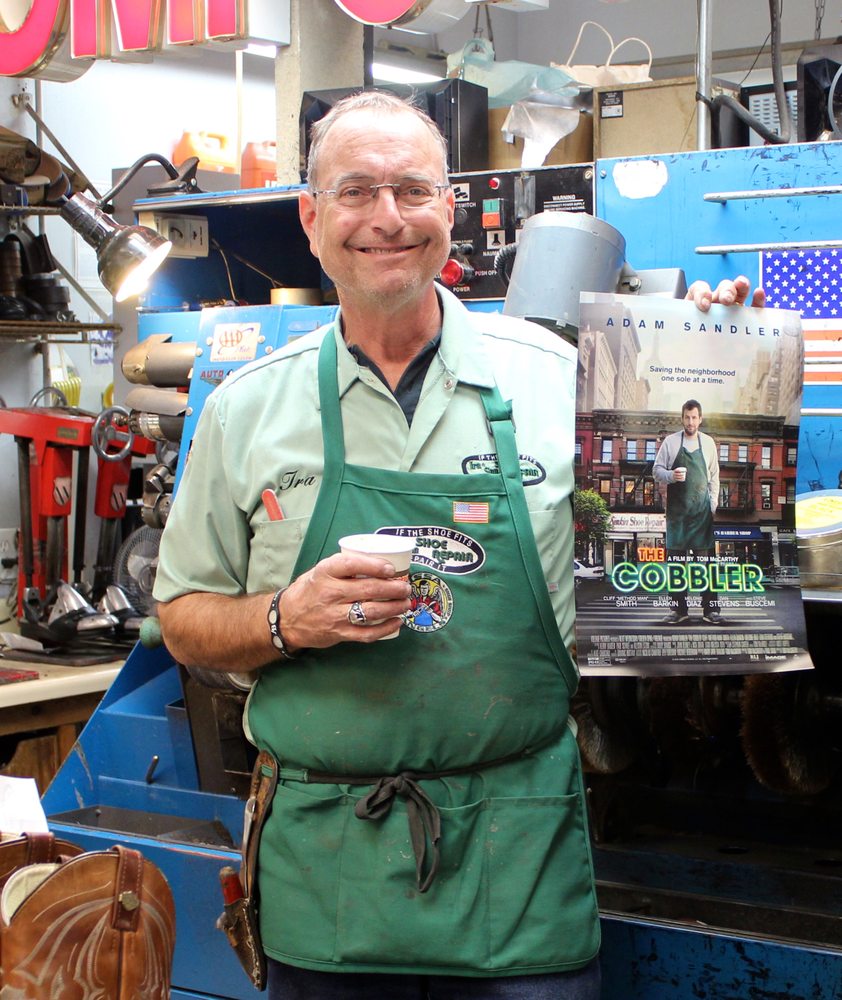 Ira & Son Shoe Repair receives an Award from Readers Choice as the Best Shoe Repair Service in the home town. This goes a long way to show our commitment to service, and our constant passion to exceed customer expectations. 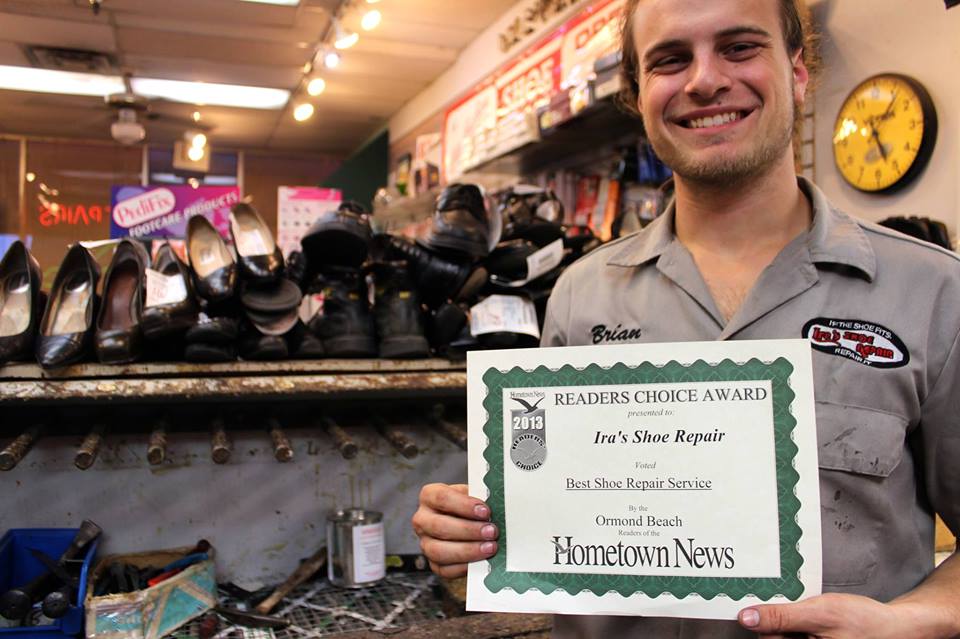 Ira & Son Shoe Repair Est. 1987
Located on the corner of Granada Blvd. & Nova Rd. in the Rivergate Village Shopping Center, Ira Freedman and his son Brian Freedman have been saving the soles and heels of their loyal Ormond Beach clientele protecting their fine leather shoes and goods for over thirty years.

Customer Satisfaction is the cornerstone of Ira and Son Shoe Repair and we have maintained a commitment to fast and friendly service with premium quality products. Since the first day we opened for business our philosophy has been that the customer ALWAYS comes first.

Ira Freedman, age 66, moved down to Ormond Beach from Detroit in the early 80’s where he worked and gained experience in a mens clothing store, as their tailor. When Ira got to Florida he secured a job as the tailor for the menswear department at Ivey’s Department Store located in the Volusia Mall. He did this for awhile but felt like his talents were not being utilized to their fullest. “I wanted more” Ira remarks, “I wanted to see and talk to my customers instead of working in the back.”

One evening Ira started to go out and he noticed his favorite pair of shoes were in need of repair and paid a visit to the local shoe repair: “I needed to have my beautiful Italian navy loafers refurbished with new soles and new heels. I took them over to Joes Shoe Service to get them re-crafted and when I picked up my shoes they looked brand new again! I said to myself, “I can do this.”

I decided to ask the owner, Joe Ellison, if he would be willing to apprentice me and he agreed.” Ira then also approached Bob Moore from Bob’s Shoe Repair in Port Orange, where Bob agreed to apprentice him also. So on Monday, Wednesday and Fridays Ira worked in the back of Joes disassembling and re-soling shoes to master the craft, and he worked Tuesday, Thursday, and Saturdays at Bob’s working the front counter
interacting with the customers and doing all the sewing. Ira also found a Shoe Repair Course in Manhattan and enrolled where he graduated at the top of his class.

While searching for retail space for his future shop: “I was engaged to the love of my life, Robin Plotkin Freedman, and one of the first things she told me was that her Uncle had owned and operated a very successful Shoe Repair Shop in Virginia.” So Ira started to look for retail space to lease, because he knew he had a dream, his very own new shoe repair shop, it would be the culmination of everything I wanted and worked for. I put everything I had into it, Blood, Sweat, Tears and Time.

People were excited and anxious for him to open his new shop and in August of 1987, the very same year the Simpsons first aired on television, Ira signed a lease in the Rivergate Village Shopping Center and his landlord gave him 2 free months for the build-out. “I was opened in 30 days with counters, inventory, machines and one employee” he says. “Customers would come in and drop off their shoes and purses before I was even technically opened!” He knew he made the right decision. Ira kept perfecting his craft and skills and continually kept re-investing all profits back into the business, always purchasing more inventory and newer machines.

Two years later, Brian was born. Brian is a graduate of Mainland High School and attended U.C.F. in Orlando. Brian always had an aptitude for working with his hands, and worked in the shop occasionally over school and summer breaks.

Over the last 15 years Brian has learned every aspect of Shoe Repair and his warm and pleasant personality makes him perfect to run the front counter, everybody loves him. He believes that Shoe Repair is not a dying trade, but a growing and sustainable sector of our community. People will want to keep their beloved and favorite shoes out of our landfills. Reduce, Reuse and Recycle, is why Shoe Repair has always been ahead of the curve. Brian is excited to be taking over the family business and hopes to be serving the people of Ormond beach for at least another 30 years and is ready to take the shop and the Shoe Repair Industry further into the 21st Century, with new techniques and networking internationally with other repairers from around the world.